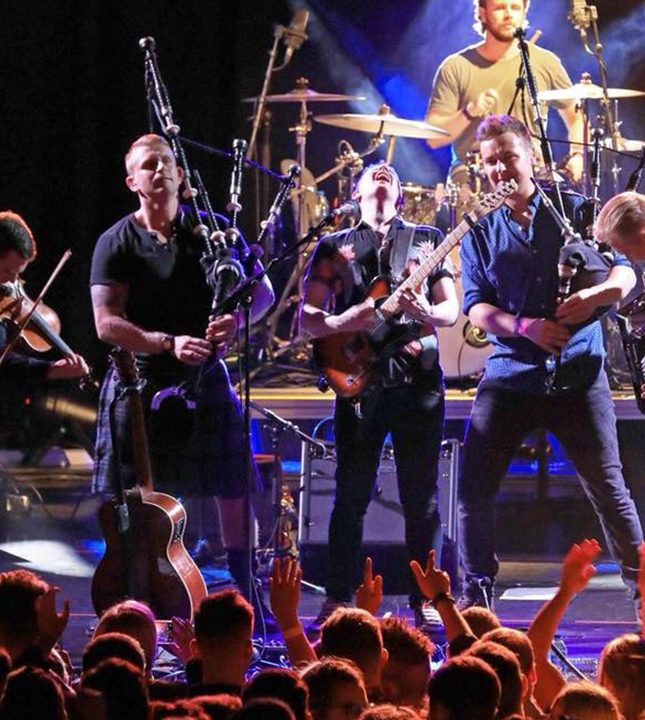 The Nevada County Fairgrounds is transformed into a Celtic Village and headline concert venue featuring many of the world's best Celtic musicians. It includes eight stages and performance areas.

Celtic rock band Seven Nations, “not your father's Celtic band,” has been touring full-time since 1994 with successful stops in Europe, Canada, Puerto Rico, and virtually every U.S. state. They've appeared in over 20 major publications including Rolling Stone and Billboard magazines.

Friday night includes pageantry and jousting with the Royal Tournament and Gathering of the Clans, a Free Friday Youth Arts program, and the Friday night Ce´ilidh, a Celtic party with music, dancing and revelry under the stars featuring Galen Fraser Trio.

The Friday Night Ce´ilidh includes line, circle, and couples dancing for all ages and abilities. No need to come with a partner — it's a great way to socialize and meet friends.

Amateur and professional athletes test their strength and skill in Scottish Games. Children are kept engaged with arts and crafts, story telling, and romping on the straw bales. Shopping and dining opportunities abound with over 50 vendors and an Irish pub. Hundreds of regional performers, singers, bagpipers, actors, jugglers and storytellers roam the fairgrounds.

Musicians are encouraged to bring their instruments and join in with jam sessions and workshops scheduled throughout the weekend. History buffs can explore encampments of “Guilds” who re-create points and places in time. A Celtic Animals exhibit houses falcons, hawks, owls, Irish wolfhounds and ponies.

Revelers make music into the night in the campgrounds complete with tall trees and a lake. Camping and RV hookups are available on-site.