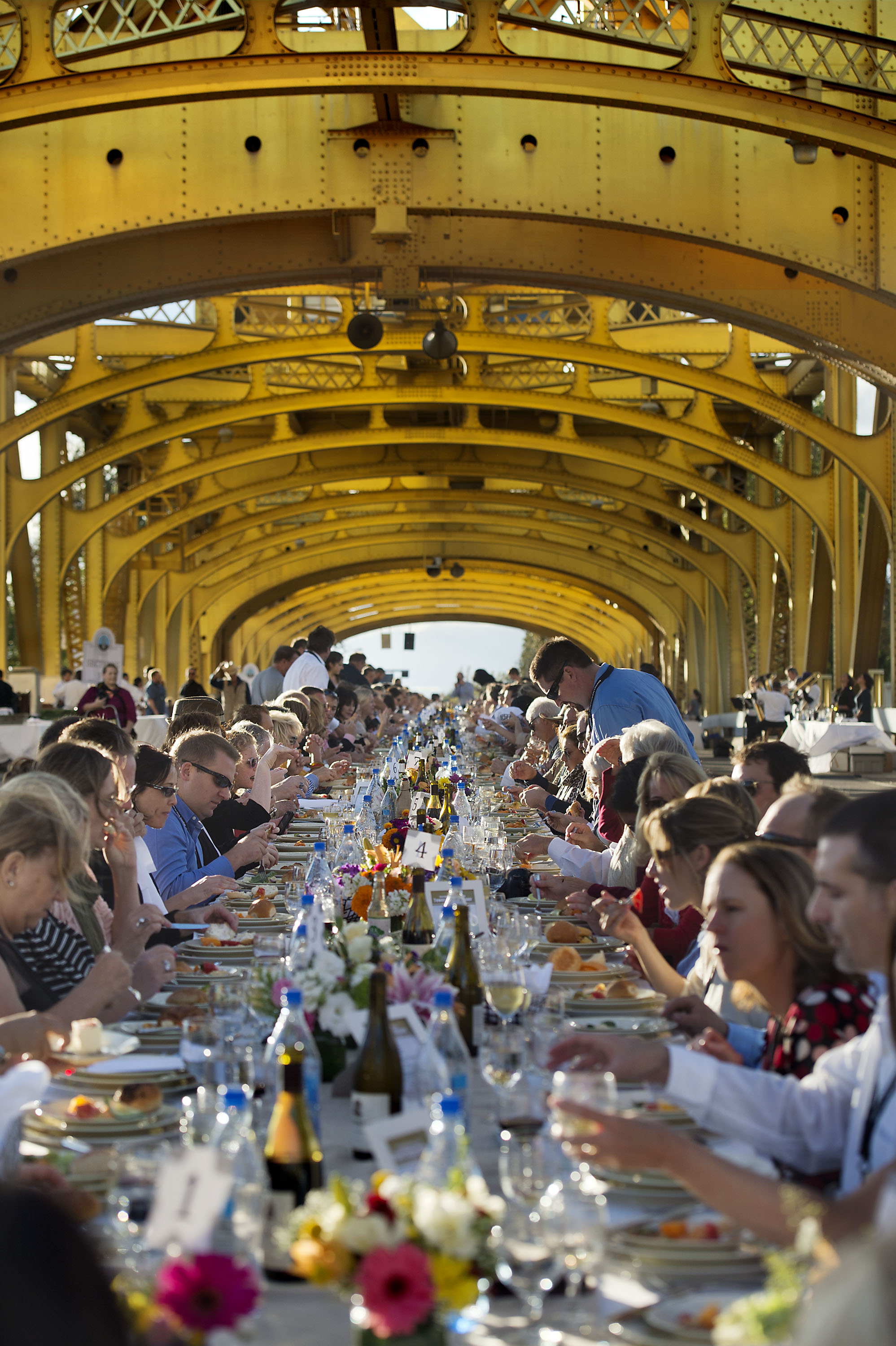 WE RECENTLY ENJOYED A “STAYCATION” in Sacramento, spending a few days at the new Kimpton Sawyer Hotel next to the gleaming Golden 1 Center. Our room had a picture-perfect view of the iconic Tower Bridge, home of the annual Tower Bridge Dinner on September 30.

And as if on cue, The New York Times published an article, “36 Hours in Sacramento” for our reading pleasure. It began: “Unlike California's glamorous coastal cities, Sacramento's location in the Central Valley gives it an earnest, small-town affect and a welcome lack of pretension.”

Also in June, our region received statewide recognition as the California Arts Council held one of its public meetings at the Miners Foundry Cultural Center in Nevada City, a local treasure. One of the region's first bonded wineries following Prohibition — the award-winning Nevada City Winery — is next door to Miners Foundry.

The California Arts Council's public meeting in the Foundry's Stone Hall came after Grass Valley-Nevada City and Truckee in Nevada County were designated among 14 statewide Cultural Districts, a select group.

Taken together, the Times' article on Sacramento and the Arts Council's public meeting in Gold Country are further reminders that our region has “arrived” as a culinary and cultural destination. We have a storied past.

Sacramento's Kimpton Sawyer Hotel is named after Lorenzo Sawyer, the judge who handed down one of the state's first environmental protection rulings, targeting mining tailings that were dumped in the South Yuba River. This spring, Vanity Fair featured Nevada City's South Yuba River Citizens League in an article about “waterkeepers” that are protecting the state's oceans and rivers — another national publicity coup for our region.

Along with the new Kimpton Sawyer Hotel, one of the oldest hotels in America — the 162-year-old National Hotel in Nevada City — is being refurbished. New “foodie” restaurants are opening too, from Twelve 28 Kitchen in Penn Valley to Watershed in Grass Valley. Like The Stone House in Nevada City, the food comes from local farms.

Meanwhile, The Center for the Arts in Grass Valley is undergoing a multimillion-dollar upgrade. Up in Tahoe City, the new Tahoe Maritime Center's Museum & Gardens, on a 10-acre campus, honors the famous lake's maritime history, including the “woodies”.

All told, our region's “food, wine, art” economy is undergoing a renaissance, and our summer issue celebrates the trend.