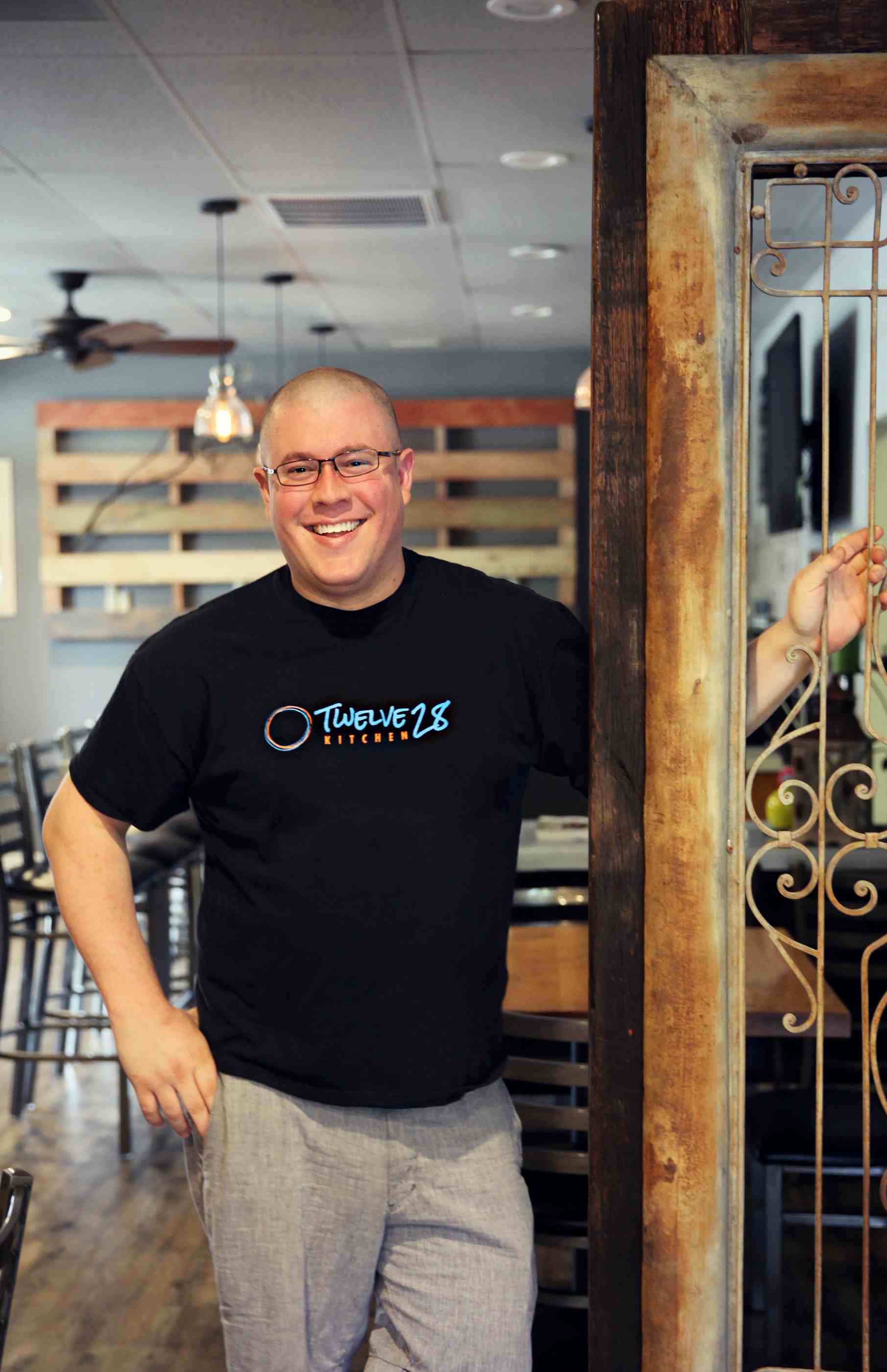 “YOU DON'T HAVE TO TRAVEL TO New York or San Francisco for first-rate food,” as The Wall Street Journal concluded recently in a front-page feature. “We are one great restaurant nation.”

America's culinary frontier is expanding to small towns for multiple reasons. This includes often prohibitive restaurant startup costs in big cities; a growing foodie culture, thanks to the internet and food-themed TV shows; talented chefs seeking out a more laid-back lifestyle; eager diners in small towns; and, as the Journal put it, “the all-important ingredients that have become a full-on fetish in contemporary American cooking.”

A shining example of a first-rate dining experience in a rural community is Twelve 28 Kitchen in Penn Valley, a 1-1/2-year old restaurant that is serving four-star food in a casual but stylish setting.

Its innovative menu rivals any big-city restaurant, featuring fresh ingredients from local farms. Its 33-year-old chef, Zach Sterner, is a culinary wunderkind with a “kinder, gentler” kitchen demeanor, not the stereotypical domineering chef of the older generation.

Twelve 28 Kitchen is a small, family owned and run restaurant — the kind that defines our region — while big-city fine dining restaurants increasingly are more corporate.

This foothills restaurant is owned and operated by Zach's parents, Michael (the host) and Laurie (baker and pastry chef), and siblings Allie, Emily and Max, who help out.

To us, Twelve 28 Kitchen is redolent of a restaurant such as Cindy Pawlcyn's Mustards Grill in Yountville when it began in the ‘80s, offering imaginative New American cuisine in a casual setting. Or family owned Chez Madeleine in Point Reyes Station in the ‘70s, which served a rich and savory coq au vin. Both restaurants helped revolutionize fine dining in Napa and Marin counties — now virtually taken for granted.

Despite its culinary flair, don't mistake Twelve 28 Kitchen's “fine dining” for stuffy or expensive. It's an approachable menu with food that looks great and tastes great. As Zach points out: “We have something on the menu for everyone.”

All of the menu items are made from scratch including dressings and sauces such as the prickly pear and honey vinaigrette (stone fruit salad); green-olive pistachio tapenade (grilled summer squash); and cherry-ginger barbecue sauce (duck breast).

Zach is a passionate and dedicated chef. “I'm here from 13 to 16 hours a day,” he says matter of factly. He started cook- ing as a teenager, in a high school cooking class at Sonoma Valley High. His senior project was a five-course meal at the Sonoma Mission Inn, where he received praise from some of the seasoned chefs as a culinary “prodigy.”

Chef worked at a Michelin-starred restaurant

Zach honed his chef skills at small mom and pop restaurants in Sonoma County, and he was the sous chef at Michelin-starred Solbar at Solage, Calistoga, for over six years. He also has been a baker and a private chef. Zack likes to study cookbooks (Tartine's bread series books and Heritage by Sean Brock, for example), and has been influenced by chefs including Jamie Oliver, Brandon Sharp, and Ryder Zetts. His favorite restaurants run the gamut, from three-Michelin star Benu in San Francisco to the La Bamba taco truck in Sonoma.

Zach won best local chef award at a farm-to-fork event called “Bounty of the County” in Grass Valley for the past two years in a row. The event is sponsored by Nevada County Grown.

Twelve 28 Kitchen gets its name from Zach's birthday (December 28), his mom Laurie's idea.

The restaurant — tucked away in a small business center at 10118 Commercial Ave., just off Pleasant Valley Rd. in Penn Valley — is a bright and airy space.

It benefits from the whole family's creative talents. (Michael was a custom cabinetmaker and millworker, and Laurie has a knack for stylish design). The restaurant's tagline “Eat. Smile. Repeat.” is painted on the wall in spiffy orange letters.

The family puts a premium on service, from welcoming back regulars to honoring birthdays and anniversaries with a custom menu and card signed by the entire staff.

The Sterners are from Sonoma and Marin counties. “We grew tired of the Bay Area,” Michael said, referring to the crowds, cost and an increasingly “hoity-toity” atmosphere. He was familiar with Lake Wildwood and Penn Valley because a Bay Area client who became a good friend had a second home there. The Sterners were drawn to the foothills' relaxed lifestyle.

With a small inheritance from Laurie's dad, the Sterners decided to open a restaurant. “Two businesses you shouldn't open are a restaurant and a winery,” Michael half-joked, referring to the seemingly endless challenges of both. But Michael and Laurie were determined: They met in the restaurant business and dreamed of opening one.

Twelve 28 Kitchen opened in December 2016. Its popularity has spread largely by word of mouth. It has a regular clientele, but more than a third of the guests are newcomers, says Zach. The back of the menu sums up the restaurant's vision: “Our family is passionate about delicious food, good beer, good wine and good people.”