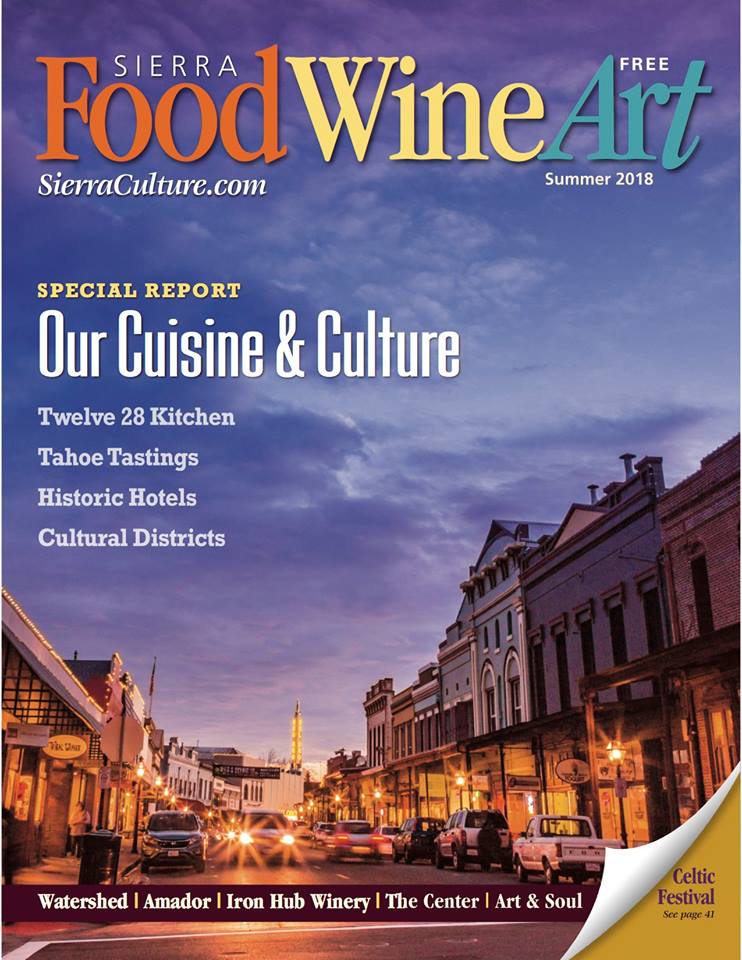 GRASS VALLEY, STEEPED IN GOLD RUSH history, is emerging as a destination for food, wine and art while honoring its cultural heritage.

The downtown's most important, historic and architecturally significant buildings are being renovated, helping to draw locals and visitors for shopping, dining and entertainment.

Two years ago, the iconic tower and marquee at Art Deco-style Del Oro Theatre was refurbished and updated, bringing the historic building closer to its 1940 origins.

This summer, The Center for the Arts — one of the region's premier performing arts venues — began undergoing a multimillion-dollar renovation and expansion. The iconic Nevada County Bank Building on Mill Street is under new ownership, with plans for renovation and new retail shops.

In addition, the downtown's historic Holbrooke Hotel could soon change hands and undergo refurbishment — just like the neighboring National Hotel in Nevada City — our magazine has learned.

The Holbrooke, at 212 W. Main St., was built in 1862 around the Golden Gate Saloon, the oldest continuously operated saloon in the Mother Lode region. The hotel's guests have included Mark Twain, Bret Harte, and U.S. President Ulysses S. Grant, and the building is a California Historical Landmark.

Downtown Grass Valley already is home to some comfortable hotels, including the Gold Miners Inn, which just completed a nearly $1 million upgrade. Improvements include a redesign of its 80 guest rooms and suites, new event center furnishings and decor, and a breakfast area with new buffet dining options.

The Center for the Arts' renovation calls for seating to increase from 310 to 492, a world-class sound system from Berkeley-based Meyer Sound, an expanded lobby with a 23-foot bar, and new “green rooms” for performers, among other features.

The project is expected to take six to eight months to complete, but programming will continue thanks to “The Center OnTheGo,” with shows being held at other local venues, including the Veterans Memorial Auditorium, Foothills Event Center and a temporary performance venue and box office at 998 Plaza Drive in Grass Valley's Brunswick Basin.

In addition, new restaurants are opening or planned for the historic downtown. Watershed is opening where The Owl Grill & Saloon had been located (134 Mill St.). Young restaurateurs Nate Overstreet, Ashly Amador and Ian Moll plan to offer “elevated but approachable” cuisine.

Grass Valley now has one of its first breweries since Prohibition—the Grass Valley Brewing Co. (141 E. Main St.), across from the town's Chamber of Commerce and Visitor Center. The 1849 Brewing Co. is opening in Brunswick Basin, were the pressroom of the local newspaper once was located.

All told, it is an exciting time for a town that once was home to California's largest, oldest, deepest and richest gold mine, and now has morphed into a food, wine and art economy.