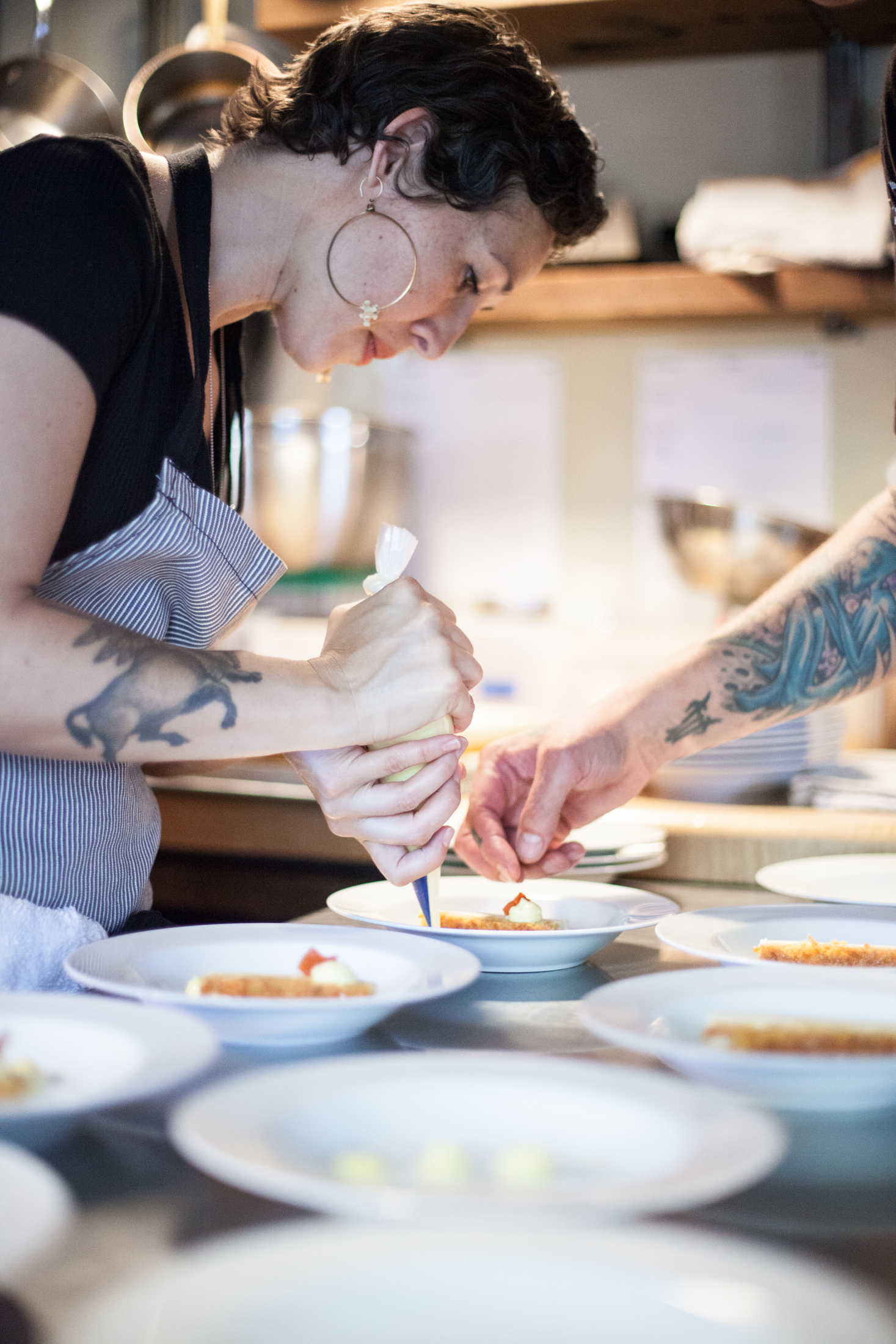 IN LATE SUMMER, A NEW RESTAURANT called Watershed plans to open in downtown Grass Valley, practicing the art of approachable fine dining. The name Watershed fits the bill perfectly, bringing to mind a restaurant tied to locally sourced food. “Watershed also has a metaphorical meaning for us,” says co-owner and chef Nate Overstreet. “This is a redefining moment in our lives.”

Nate and his brother Ian grew up in Nevada City. Like many local youth, they left town for better opportunities in bigger cities. Nate, 37, worked in the kitchen at restaurants in Southern California, the Bay Area, even Tokyo, and met his partner Ashly Amador, also a chef, along the way. Ian Moll, 46, helped launch and manage restaurants in the Bay Area.

The enterprising trio gained experience in all aspects of the restaurant business, from managing the “front of the house” to butchering. For example, Nate and Ashly opened a butcher shop called Wheat & Sons that The Los Angeles Times called “an excellent butcher/rotisserie worth searching out.” “They are not just butchers; they also are very good cooks,” added the Orange County Register in its review. Their shop also was a winner of a national “Good Food Award.”

Now Ian and Nate, along with Ashly, are returning to the foothills, combining their years of culinary experience, and transforming what had been The Owl Grill & Saloon at 134 Mill St. into a lighter and brighter space specializing in New American cuisine sourced from local farms. Our magazine is excited about the possibilities.

Desserts will be made from scratch by pastry chef David Rodriguez, who worked at Providence, the award-winning restaurant on Melrose Avenue in Los Angeles. Watershed's wine and beer list will include local and imported offerings. “We strive to marry high-quality food with a casual atmosphere that reflects our community,” says Ian.