Twelve 28 Kitchen: "We get asked for our recipes all the time" 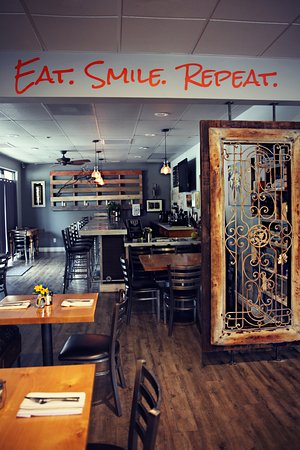 LIKE MORE AND MORE LOCALS, we have enjoyed our dinners at Twelve 28 Kitchen in Penn Valley. Under Chef Zach Sterner, who has been cooking for 18 years as a private chef at small restaurants and at a Michelin-starred dining room, Twelve 28 Kitchen turns out imaginative and memorable meals.

Though a relative newcomer to the region's dining scene, the restaurant is on a par with the region's best fine dining restaurants, including Carpe Vino in Auburn, Restaurant Trokay in Truckee or New Moon in Nevada City. (We also are excited to visit Josephine in Auburn when it opens, the creation of Chefs Eric Alexander and Courtney McDonald, formerly of Carpe Vino).

Along with the food, the service at Twelve 28 Kitchen is attentive, knowledgeable and friendly. It is a small family business, owned and operated by Zach's parents, Michael (the host) and Laurie (the baker and pastry chef) and siblings Max, Allie and Emily, who lend helping hands.

The menu changes seasonally and uses local ingredients when possible, along with local craft beers and wines.

We recently chose to celebrate our 28th anniversary at Twelve 28 Kitchen (how fitting), and it was delightful. When we were handed the menu, it read: “Happy 28th Anniversary,” a thoughtful touch.

We enjoyed dishes such as a salad of beets, strawberry salad and crispy Korean shrimp. Our mains included charred broccoli, Moroccan chicken breast and our teenage son liked the crispy braised pork belly.

“We get asked for our recipes all the time,” said Michael. Now patrons don't have to ask. Twelve 28 Kitchen has published the second edition of a cookbook with some of its favorite recipes.

All the profit goes to the Butterfly Fund, which helps children who have catastrophic medical conditions (“helping children who are at the moment, fragile as butterflies”). “Great cook- book with new and varied recipes,” said one review. “Wonderful project,” said another. The cookbook is at the restaurant or it can be ordered at https://squ.re/2XHeMlh.